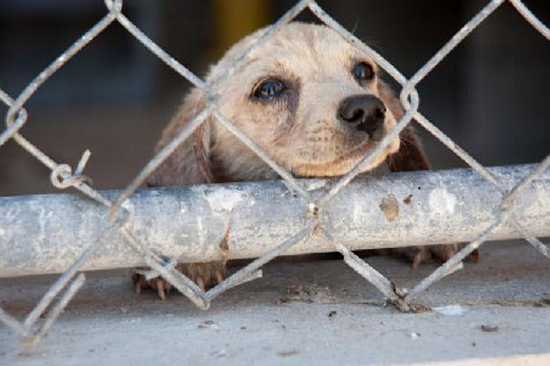 I traveled withwith Laura Sandoval from Animal Advocates across the border from California to Tijuana, Mexico, to see for myself what it was like at what we call “The Dumping Ground.” What I thought I would see was a dump similar to that at the Morley Reservation outside of Calgary, where starving dogs live and try to survive eating garbage.

What I saw was unimaginable.

A large, rickety, run down dirt pen areas filled with dogs left by people who didn’t want their dog. Laura told me the people feel this is a kinder place to abandon dogs, since at the Tijuana Pound, and most pounds in Mexico, destroy by electrocuting the animals. Unfortunately, however, many dogs here are actually trapped inside a wood box. Others are free to roam, although they rarely have food, water. Due to severe hunger, these dogs are forced to maul others dogs to death to eat them. It’s a horrendous sight – Laura witnessed one, and told me the dog being mauled just looked at her in her eyes, pleading for help. Laura said there were many large dogs ganging up on another and she had no way to stop it.

From the outside of The Dumping Ground, you would never know the sadness and insanity of this dirt pit. Walking up to this corner of a curved avenue of speeding cars, is a tow truck yard. Behind the rickety wood gate, you’d never know that there are darling little puppies, purebred dogs, sweet and gentle mixes, all innocent. Right next to the gate are two large plastic barrels used to throw puppies into. The extreme heat that gets trapped in this barrel doesn’t allow for much hope that the puppies survive for very long…and meanwhile, they try over and over to climb out but can’t. Pina, a true angel here, often pays for a taxi to take her to this place so she can check the barrels and takes any that are alive back to her house, if you can call it that…her house has no roof, is on a steep hillside, and is both extremely hot in the winter and very cold in the winter. She has no running water or electricity, and she pulls a mattress out of a closet-like area at night. She isn’t in a position to house animals and she knows this, but she says she can’t handle the thought of the puppies dying in those barrels.

Once inside the gates, puppies and sweet young dogs come excitedly running up to you. These are some of the most precious dogs I have ever seen. The next very chewed wood gate had a head of a dog peaking through, the story of fright, desperation and loneliness in his eyes. This is one of the dogs I chose to take out of there. Lucky me, Laura told me we could take four. Four! When there were dozens of wonderful, starving dogs! I ended up taking six (quickly tossed two extra ones in the car that I “accidentally” let escape out the gate.)

On the far right, I could see eyes looking at me. They were in something that looked like a wooden jail. These dogs could not get out. This is where the sick ones are placed to die – where no one ever went. Laura said to me as I was trying to look in, “You don’t want to see in there.” I felt frantic, I was told to pick four and we had to leave! Trying to quickly pick four amongst the dozens that were pleading, was agonizing. Memories of the slaughter house in San Miguel de Allende, Mexico, years before, where I scaled a barbed wired fence to rescue a few of the dogs doomed to be electrocuted the next day came rushing back. That’s what they do in Mexico – they electrocute dogs or leave them to die, because it’s cheap. The actual cost to humanely euthanize a dog is $1 a dog, but few pounds find a way to do this. Thousands upon thousands are killed this way, and it should not be so, it must end. This is no way our human society should put to death unwanted companion animals.

Together with Animal Advocates we are trying to do two things of high importance: raise money for each dog to – at the the very least – die with dignity and a humane death, and raise money for a temporary shelter to take rescued dogs to, prior to vetting and transport to California and on to Canada for adoption. 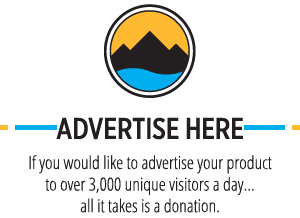